Chris Regez, born 1968 in Aarau (Switzerland) has been managing his own PR company since 1998. Chris was already fascinated by country music during his teenager years.

At the age of 21, he traveled to Nashville, where he met musicians, songwriters and producers and recorded his first single «Remember The Time». 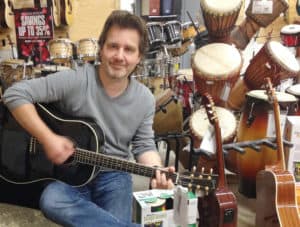 He returned to Nashville in 1990 to record more songs for his first CD titled «Headin‘ West» at the Fireside Recording Studio. Since then he has produced a total of eight CDs – in Music City and Switzerland.

Regular visits to Nashville inspired him to write this fictional novel. The vibrant music city still fascinates him today. He draws his inspiration from Nashville’s rhythm, people and diversity.

This website uses cookies to improve your experience while you navigate through the website. Out of these cookies, the cookies that are categorized as necessary are stored on your browser as they are essential for the working of basic functionalities of the website. We also use third-party cookies that help us analyze and understand how you use this website. These cookies will be stored in your browser only with your consent. You also have the option to opt-out of these cookies. But opting out of some of these cookies may have an effect on your browsing experience.
Necessary Always Enabled
Necessary cookies are absolutely essential for the website to function properly. This category only includes cookies that ensures basic functionalities and security features of the website. These cookies do not store any personal information.
Non-necessary
Any cookies that may not be particularly necessary for the website to function and is used specifically to collect user personal data via analytics, ads, other embedded contents are termed as non-necessary cookies. It is mandatory to procure user consent prior to running these cookies on your website.
SAVE & ACCEPT
×